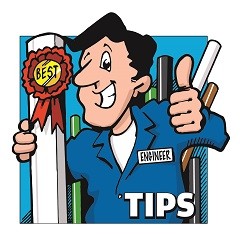 This month I thought we’d go over stuff we all probably know but a few of us wont and it’s never a bad idea to refresh our memories anyway. I’ve played ‘devil’s advocate’ a bit here and been deliberately realistic by highlighting some of the limitations perhaps of engineering plastics and hopefully come up with a few solutions that may help

Super-Tight tolerances
Those really super-tight tolerances that are sometimes on drawings, are not really something that’s possible with engineering plastics as it is with some metals, the reality is there’s plenty of factors which we’d always put under the title of ‘real world’ tend to conspire against plastics. Temperature and moisture to name but a few. If it were to live in a temperature controlled air tight bubble we’re in with a shout but as soon as it’s released into the big wide world those micro tolerances are just doomed. As with all materials though, some plastics are better/worse than others and it’s just a case of identifying and choosing the best ones if this is a critical factor.

Stresses
Engineering plastics often have varying levels of stress within them, the normalising and annealing process that they go through certainly helps but we still need to be on our toes for it. We recently had a batch of Acetal plate which was perfectly flat until we cut it, after that it would have made a great base for the runners of a rocking chair. If you mill/fly-cut any engineering plastic plate its always good practice to machine equally both faces to even out the stresses. And if you’re making a split bearing, you’ll machine the outer and bore the inner, then slit it and probably find that its closed in on itself, the best way (but still not guaranteed) is to perhaps use tube in this instance as the stresses are not only less but the molecules align better and flow in the way of the circumference.

Cracking
Some engineering plastics, particularly nylon can crack when you try and force a big drill up the middle, this is usually down to heat, stress and harmonics that can cause it, again try and use tube where possible and it’ll save money, machining time and less likely to end up as landfill. If you cant wait for tube to be made, remember it’s not a metal so it’s ‘steady as we go’

Heat
You just can’t let engineering plastics get too hot, they’ll start to melt and the machining qualities will just go out of the window. Most importantly though the material will tend to break down at the molecular level, it may not be obvious right away but the material will have already lost some of its special properties

Swarf
All materials produce swarf of some form or another when being machined, engineering plastics are no exception, (with the exception of Acetal, Delrin and PET) the swarf likes to wrap itself around the cutters and tooling generally getting on your nerves, so much so that some engineers have taken to machine turning nylon etc in reverse (we’ll do an article soon explaining this one) the trick to reduce this swarf issue is to ‘peck’ as it’s called, to try and break the swarf string (we’ll do an article about this soon as well) but pecking will reduce that giant almost ball of wool forming

While we’re on the swarf subject, we’d love to hear from anyone that has a solution for it’s disposal. Some of our customers literally end up with dozens and dozens of bin bags full of the stuff and have to take it to landfill. We’ve made lots of enquiries as also have quite a few customers they tell us and there just doesn’t seem to be any recycling facility. Our guess is it’s just not economical and its probably more economical we assume to produce from these engineering plastics from scratch than setting up to sort and recycle existing.

The BIG Upside
The massive upside for engineering plastics though is that their advantages far outweigh the traditional material for: cost, weight as well as ease and speed of machining to name just a few and you can get your hands on it very quickly (from your favourite engineering plastics supplier obviously)

As I mentioned earlier, we will be following up with some of those items like reverse turning and pecking, we’ll probably also bring you something on tube/hollow bar options available for engineering plastics  as well as many other tips along the way in more detail.