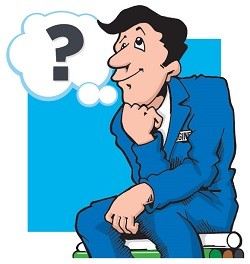 Plastic, what’s it all about?
The result of a bit of daydreaming just recently (very dangerous thing) got me to thinking, “what the hell is plastic?” did i really know what it actually was? And what is it really made of? I agree its not really relevant or important, to be honest it’s all not even necessary, but as i started to wonder, i set myself a challenge (not one of those recent ice bucket things) but one to be able to translate this extreme science and jargon loaded subject into something that could be made sense of.

What’s it made of?
Plastics are obviously a man-made product but they do get their ingredients from naturally occurring materials like crude oil, natural gas, coal and wood etc. As you may imagine these ingredients are by-products from things like the petrol and other things from the energy industry. Something you won’t be too surprised to know is there’s a big push on at the moment to move away from fossil materials to make these ingredients, and more towards things like plants and trees to obtain them.

Its surely witchcraft!
Don’t know if you spotted it, but finding out that some plastics by the way are made from natural gas? are you kidding! i couldn’t get my head around this at all, plastics are solid and gas is, well gas. Apart from the obvious though i couldn’t fathom how propylene could come from propane gas? and ethylene could come from ethane gas? I really had to get to the bottom of this and don’t ask me exactly how they do it but its called “deposition”

They heat crude oil up in an oil refinery, the refining or “cracking process” as its called heats then “cracks open” the crude oil into its component parts. This process releases the hydrocarbons as they’re called through the heat cycle from the oil as it is being made into petrol etc, as the oil gets hotter, lots of different hydrocarbons are continuously being released which are harvested and used for all sorts of applications, but as the oil hits a certain temperature, the hydrocarbons for plastics are released (and gathered obviously).

These hydrocarbons as they’re called are then chemically processed to make “monomers” these various monomers are then combined or linked together in something called a polymerisation process by scientists to make specific “polymers” (poly meaning =  many)and you’re about ready to go.

Then what?
These polymers are processed in pellet or liquid form ready for making into engineering plastics, what manufacturers also do here though at this point is to then add or blend in different additives or even other plastics, to increase abrasion resistance, lower friction, improve flexibility etc etc all to make these plastics perform even better.

Some useful sites
I found a useful website which thought was really good, www.howstuffworks.com there are some really good things on there which has been simplified, if you ever get bored its worth a nosey

By the way, did you know?
Plastic apparently got its name from the work “plastikos” meaning “fit for moulding” or “able to be moulded” and also “plastos” meaning “moulded” this is obviously because plastics are easily mouldable when they’re being produced