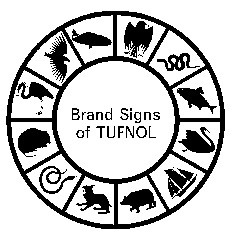 There’s More to Whale Tufnol Than Just a Weird Name
Robert worked with a group of aviation and history buffs whose passion is restoring WWII British aircraft. It was during the restoration of one such aircraft, a Lancaster Bomber, that they ran into a bit of a quandary with the replacement instrument panel. While any suitable material might do, they sought to replicate the original manufacturing as much as possible. Fortunately for them, access to an original Lancaster panel was provided and they determined that the material they should be looking for was whale grade Tufnol.

Whale Tufnol – Old School, But Still Cool
It turns out that Tufnol, originally developed in the 1920s, was used extensively during the Second World War. Tufnol materials were used in a number of applications in aircraft, vehicles, and electrical machinery. In fact, they became so important to the war effort that the Tufnol factory was covered in camouflage netting and placed under the control of the Ministry of Aircraft Production. Ninety percent of its total production went into service aircraft, naval vessels and military equipment and it was said that, every time a Lancaster Bomber roared across the tarmac, a thousand Tufnol parts went with it. 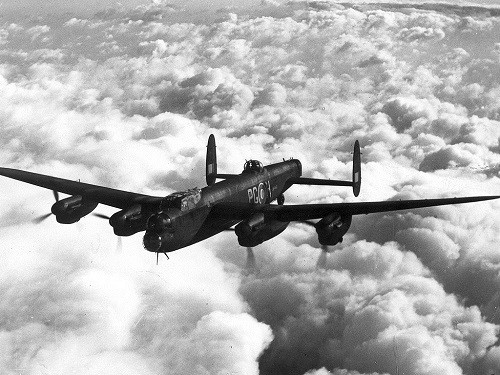 Today, Whale Tufnol – the material that held the instruments in the Lancaster, among other things – is still used in a myriad of applications, including the aircraft you may find yourself in on your next holiday.

What It Is and How It’s Made
Interestingly, Whale Grade Tufnol is made primarily of cotton sheets and phenolic chemical resin. Pre-soaked and cured cotton sheets are layered over each other until the desired thickness is achieved. Afterwards, these are then strongly bonded together under high pressure in a hot press, being crushed essentially, with up to three tonnes of pressure and then cured. A finished sheet of 25mm, for example, will have begun its life at 40mm in thickness before undergoing the press!

A downside to this process is that tolerances can vary quite a bit due to miscalculations on the number of sheets used, the actual thickness of individual sheets, and even variances in the pressure applied by the press or the in the steel press sheets.

Why You Would Want to Use Whale Tufnol
Since the material is a bit like plywood it is quite rigid – as much as twice that of nylon. In fact, it is this inherent rigidity with Whale Tufnol that diminishes creep. Supposing you had two flanges, one of nylon and the other of Whale Tufnol, and bolted a lid down onto each. After applying about 50 ft. lbs. of torque to the bolts, the lid on the nylon flange would eventually loosen as the nylon creeps. The bolts on the other lid would stay roughly the same.

It hard and strong, yet lightweight, being about a fifth the weight of steel and half the weight of aluminum. It is a good electrical insulator, some grades extremely good, and is also resistant to long-term immersion in water. It is exceptionally resistant to weathering, much more so than most other plastics, and it has been used for components in outdoor and marine environments for many decades without corroding or degrading.

Working With Whale Tufnol
Once cured in the press, this resin bonded material cannot melted to re-shape it, so finished components are made by machining using ordinary machine tools such as saws, drills, lathes, milling machines, or high-speed computer-controlled CNC machines. A disadvantage when machining Whale Tufnol is that it is quite dusty. In addition, because of its plywood-like construction, more delicate machined components are subject to shearing.

Whale Tufnol really is a most useful general purpose material. It is the most popular grade of Tufnol for a wide range of mechanical applications and general uses, such as gears, spacers, jigs and fixtures, wear resistant components, low voltage insulation and many others. And this doesn’t even take into account the occasional aircraft instrument panel!

And Why Is It Called Whale?
In 1921, George Ellison set up a laboratory at the Perry Barr factory to develop new products. He gave his research chemists a brief to develop a reliable new electrical insulation material for use in their switchgear. By 1924, the new material, called 'SRP' (Synthetic Resin Paper) was launched. In 1926, after much thought, the new material was re-named 'TUFNOL' (after 'tough phenol').

The Tufnol name became so well known that, in 1944 the company name was changed from Ellison Insulations Ltd to 'TUFNOL Ltd'. A sign with the various brand names – 12 different animals representing different products - was used as the face of a large clock at the TUFNOL factory and became a well-known landmark in north Birmingham. And one of those hardy brands was represented by a whale, thus the Whale Tufnol.

And now you know!