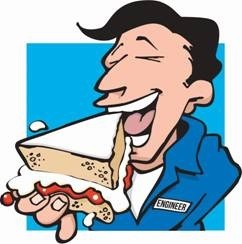 Having your cake and eating it (almost)
Even we get a little confused at the range of engineering plastics and their specific properties, but its important for us here to know the ins and outs of exactly which material is better at what, as well as why some materials do or don’t perform as well as others in certain applications.

We always insist on looking at each engineering plastic from a neutral point of view, coming at it from as many angles as we can to get you the clearest picture. Ultimately we’re hoping you can get an edge over some of your competitors by knowing some of the stuff we research in these tech articles.

This brings us nicely on to this particular PET article, i can just about hear you now saying “oh no! Not another **** material” but hold on a second, we do know this actual material solved a real major issue for one of our customers very recently, so its probably worth the effort.

So what does the data sheet tell us?
Firstly its very strong, being over 30% stronger than acetal, and its even 8% stronger than nylon 66 which takes some doing. Its also pretty rigid having a “flexural strength” as they call it of 25% greater than acetal. Its a bit harder believe it or not as well, by around 20%. PET’s working temperatures are better as well, its ten degrees better for the short term and upto thirty degrees better for the long term temperature. One thing to note is its thermal expansion rate or the rate at which it expands or contracts as the temperature changes and PET is over 25% better than both nylon and acetal. One thing i also noticed is its moisture absorption, we always say that acetal is pretty good when it comes to this but PET is a massive 60% better, which means this stuff isn’t going to expand almost at all in a wet environment.

In real life
We’re told PET machines almost as good as acetal and better than nylon which is great to hear, we reckon the surface finish isn’t probably going to be as good though as acetal but suppose that’s not at the top of everyone’s list.

Its also got a very low coefficient of friction so its going to be pretty slippy and its wear resistance is at least comparable or even better than nylon which gave us a bit of a surprise, so it’s obviously much better than acetal. Its also got better resistance to acids than most, and to top it off its suitable for food contact, yey!

Here’s some disadvantages to balance things up
Firstly from a practical point of view, the size range is very limited for the time being at least with only 10, 16, 20, 25, 30, 40, 50 & 60mm diameters available and although black is available to order, its pretty much “any colour you like as long as its white” for the moment.

The other one to consider is price, which is something like +40% over acetal, now for small projects this isn’t a problem but we can see this being an issue on bigger jobs. As a side note, its not suitable for hot water applications which reach over sixty degrees centigrade but doubt that’s going to be a show stopper for the majority of applications.

So here’s the tale of the tape against acetal

And a similar tale but for nylon 66

In summary
This PET is really great stuff, it machines and has all the positive attributes of acetal and then has all the positive attributes of nylon as well, its like the best of both worlds. But then we see the size and colour range is pretty limited and inevitably there’s the price to consider. All in all though i think for the smaller jobs it’s got to be a winner, its like having your cake and eating it.

Did you know
Apparently modern day fleece’s are made from ground-up plastic bottles, most plastic bottles are, you guessed it made from a form of PET, which means your winter fleece is from the same family as this engineering plastic, i can see the tumble weed blowing across your mind but surely it cant be the most useless snippet you’ve ever read.